Sarah Smith
The confederacy
​The Confederacy was the military ground force of the Confederate States of America during the American Civil War. It is not possible to say the exact number of soldiers that were in the confederate army because the records were destroyed but the estimate is 750.000 – 1.000.000 soldiers, this number does not include the unknown amount of slaves who were pressed into the army. The best estimates were that there were 94.000 soldiers killed or mortally wounded and between 26.000 – 31.000 soldiers died in union camps and this combined is 194.000. The total number does not include accidents which would add thousands on the total number. 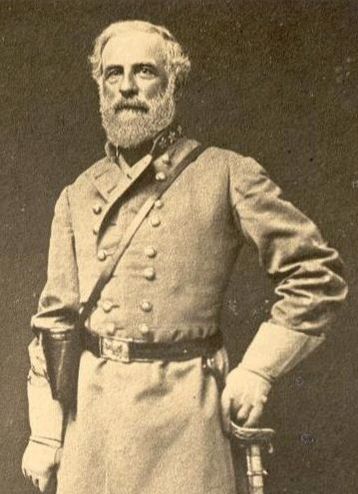 ​Robert Edward Lee was the son of an american revolutionary war officer called Henry lee III. Robert was born on January 19 1807 and he died on October 12 1870. He was a top student at the united states military academy. When Virginia declared their departure from the union he decided to join them even though he did not support the country splitting up. He commanded the confederate army from 1862-1865.
General lee won a Superb victory at Chancellorsville and pushed into union territory but months later his offensive was turned back at the fiercely contested three-day battle of Gettysburg and he was forced to retreat south. The union forces finally took the city of Vicksburg on the Mississippi that cut off the states of Arkansas, Louisiana and Texas from the rest of the confederacy. This put the confederacy on the defensive.
general Robert E Lee surrendered the year 1865 in The Battle of Appomattox Court House It was the final engagement of Confederate Army general Robert E. Lee's Army. A month before the battle of Palmito Ranch, also known as the Battle of Palmito Hill, which is considered the last battle in the civil war.